Why 'Fire and Rehire' Should Only Ever Be A Last Resort

With businesses continuing to feel the impact of the pandemic, many employers will be looking to make savings through changes to employees' terms and conditions rather than (or perhaps as well as) considering redundancies. Kate Benefer, an employment law partner at RWK Goodman in Oxford and a regular guest speaker at our Zoom HR Hub, discusses the options and explains why 'fire and rehire' tactics should only be used as a very last resort.

If changes are made unilaterally without employees agreeing, employers face the risk of claims for breach of contract, unlawful deduction from wages or potentially even constructive dismissal. Ideally therefore employers would only make changes where employees agree. However, this isn’t always realistic and sometimes employers will need to impose a change, particularly in financially testing times such as the COVID-19 pandemic. One way of dealing with this is to terminate employees’ contracts of employment and offer re-engagement of the same employees on new, often worse, terms, such as reduced wages, benefits or hours. This process is commonly referred to as “fire and rehire”.

Is the dismissal fair?

A dismissal under “fire and rehire” circumstances will still be a dismissal for the purposes of employment law, and if an employee has two years’ service they may be able to pursue a claim for unfair dismissal. If employees are treated differently and only some are taken through the process, this could also lead to claims for discrimination.

Businesses will need to ensure that employees are fairly dismissed from their original contracts, with fair reason and following a fair procedure. A dismissal for the purpose of changing terms will usually be considered to be for some other substantial reason which is a potentially fair reason. However, not all changes will justify a dismissal process. Employers will need to be able to show the decision to dismiss is reasonable and a meaningful consultation process must be followed.

To avoid claims for breach of contract, employees must be dismissed from their existing contracts on the appropriate notice.

The use of “fire and rehire” tactics can significantly damage the reputation of a business, as illustrated by the negative media coverage of British Gas using this method earlier this year. It can potentially also lead to multiple claims which are likely to be time consuming and expense to deal with. There is also a risk of damaging morale with remaining staff. The process can be useful in the right circumstances but requires careful consideration and should be operated as a last resort. The focus should be on seeking employee agreement to the changes through a consultation process.

Varying employment contracts: What does the process look like?

On 8 June 2021, ACAS published a new paper on the use of ‘fire and rehire’ practices. The report identifies various perspectives on the reasonableness of the use of the tactic, with some participants viewing it as reasonable only if used as a genuine last resort, and others expressing concern at the imbalance that it can bring to negotiations. The Executive Summary in the report suggested possible options for reform including options such as:

It remains to be seen whether any of the recommendations set out in the ACAS review are taken forward, either from a legislative, or non-legislative perspective, but it is certainly something to keep an eye on. Employers should consider the use of fire and rehire in circumstances where there are strong business reasons for making changes but ideally the process should only be followed if genuine attempts to reach an agreement with employees have failed. 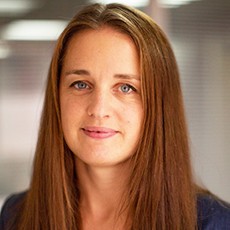 Kate Benefer is a partner in the Employment team at UK Top 100 law firm, RWK Goodman, which has a large office in Oxford. For further information about any of the issues raised in this blog or for advice on any employment issue, please contact kate.benefer@rwkgoodman.com or 01865 792300.

Kate Benefer
Partner, RWK Goodman
Kate is a partner in the Employment team based in Oxford. She has extensive experience across a wide range of employment law matters and advises on all aspects of employment law, both contentious and non-contentious.